John is a senior thrower in shot put for the boy track team. He followed up his dominant indoor season in March with an even more dominant April. To kick off the outdoor season, John won the shot put and the discuss at three different meets, including the Jesse Jones Invitational two weeks ago at Morton. John is consistently one of the best throwers in our conference. He showcased his prowess last week at the Highland and Munster Invitationals. Friday at Munster, John threw a personal record 128 feet in the discus, which earned him second place overall. 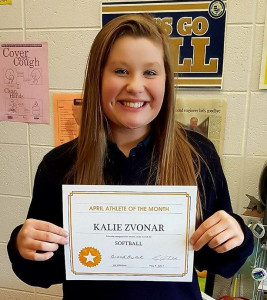 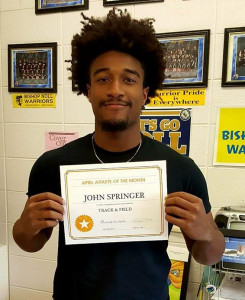