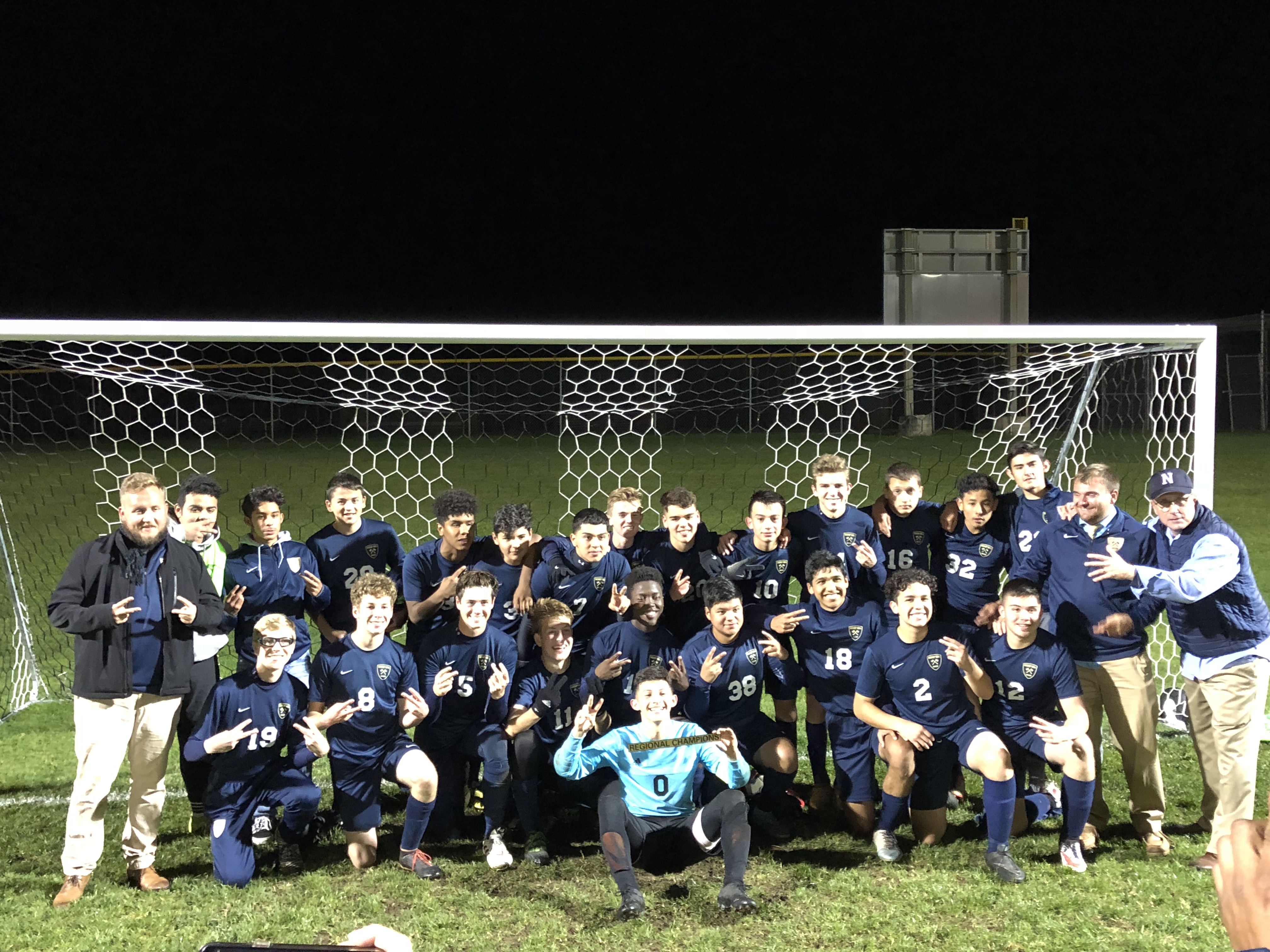 Noll soccer defended their regional title Saturday night as they defeated the West Noble Chargers 3-2. Noll opened the scoring when Jake Wichlinski found Bruno Zamora making a great run. Zamora slithered past some defenders and slotted the ball home. The Chargers would tie the game up a few minutes later with a great goal of their own. Wthe 54 seconds left in the 1st half Bruno Zamora restored the Noll lead with a nice shot from about twenty yards out. The second half scoring began about ten minutes in when Jake Wichlinski and Jake Fuehrmeyer worked together perfectly the give the Warriors a two goal cushion. West Noble would come within one, but BNI remained valiant and the Warriors won 3-2. Danny Salazar ended with 6 saves. Noll will play Concordia Lutheran in a rematch of last year’s semistate match. The game will be Saturday at 1pm Eastern time at St. Joseph’s in South Bend, Indiana.