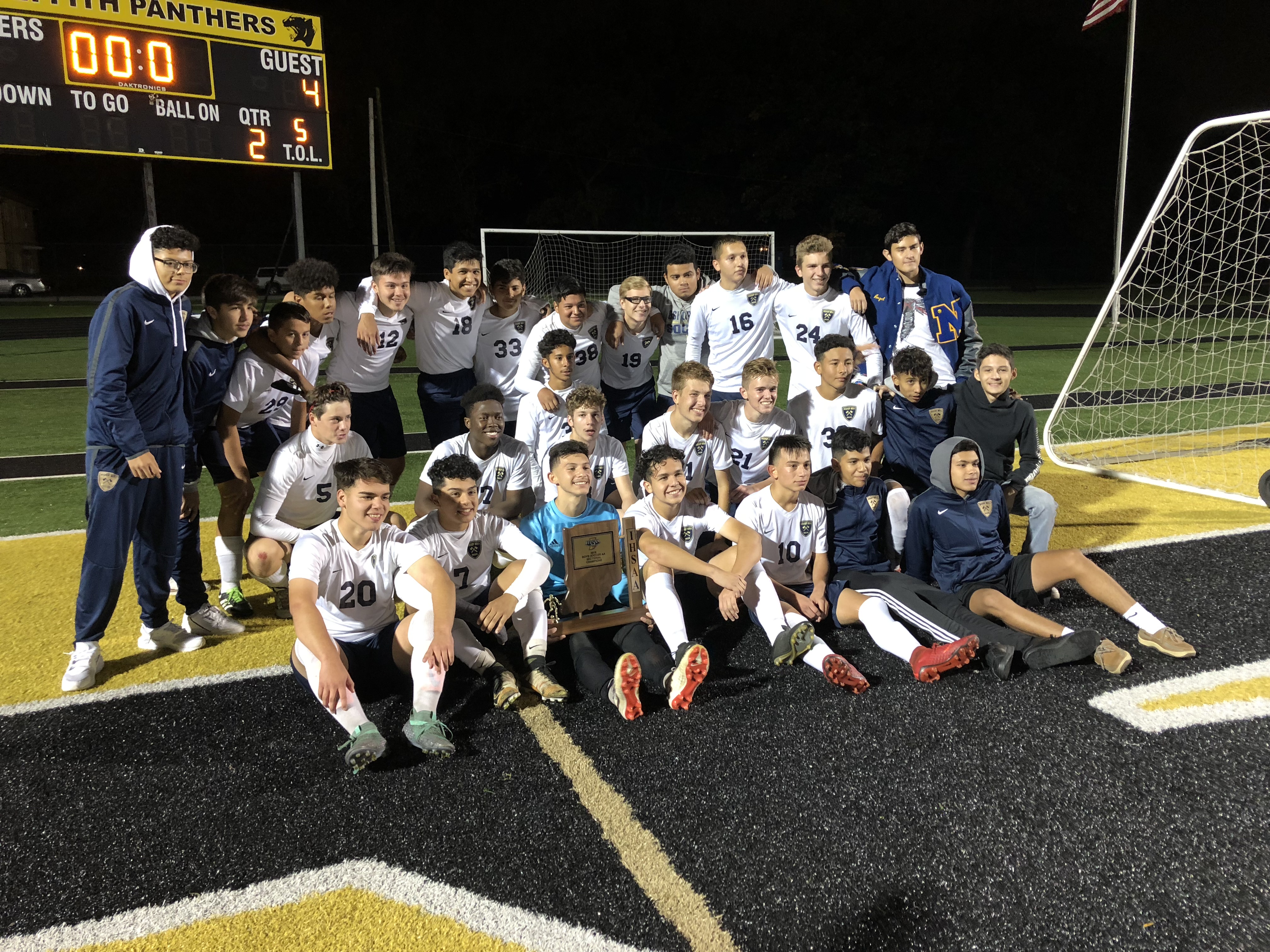 Noll defeated Griffith 4-0 Saturday night to win the Boys 2A Sectional 17 championship. Noll started off the scoring when senior Jake Fuehrmeyer was brought down in the box by a Griffith defender. Fuehrmeyer slotted the ensuing penalty home to give the Warriors an earl lead. The second goal came off a free kick that found Jaime Hernandez’s head. Hernandez flicked the ball over the Panther defense where Jake WIchlinski was waiting to knock the ball home. Wichlinski would score his second and Noll’s thrd of the evening when he got on the end of a Bruno Zamora through ball. The second half had just the one goal. Jake Wichlinski was brought down in the box, and Noll received another penalty kick. Wichlinski slotted it home to complete his hat trick, and bring his goal total to 33 on the season. Noll would win the game 4-0. Danny Salazar had 4 saves and his 10th shutout of the season. Noll will play again Saturday October 13 and will wait until Monday to see if they’ll play either Culver Academy or St. Joseph’s.